We are producing three green-screen shoots in the next two weeks, and our goal is to shoot DSLR. 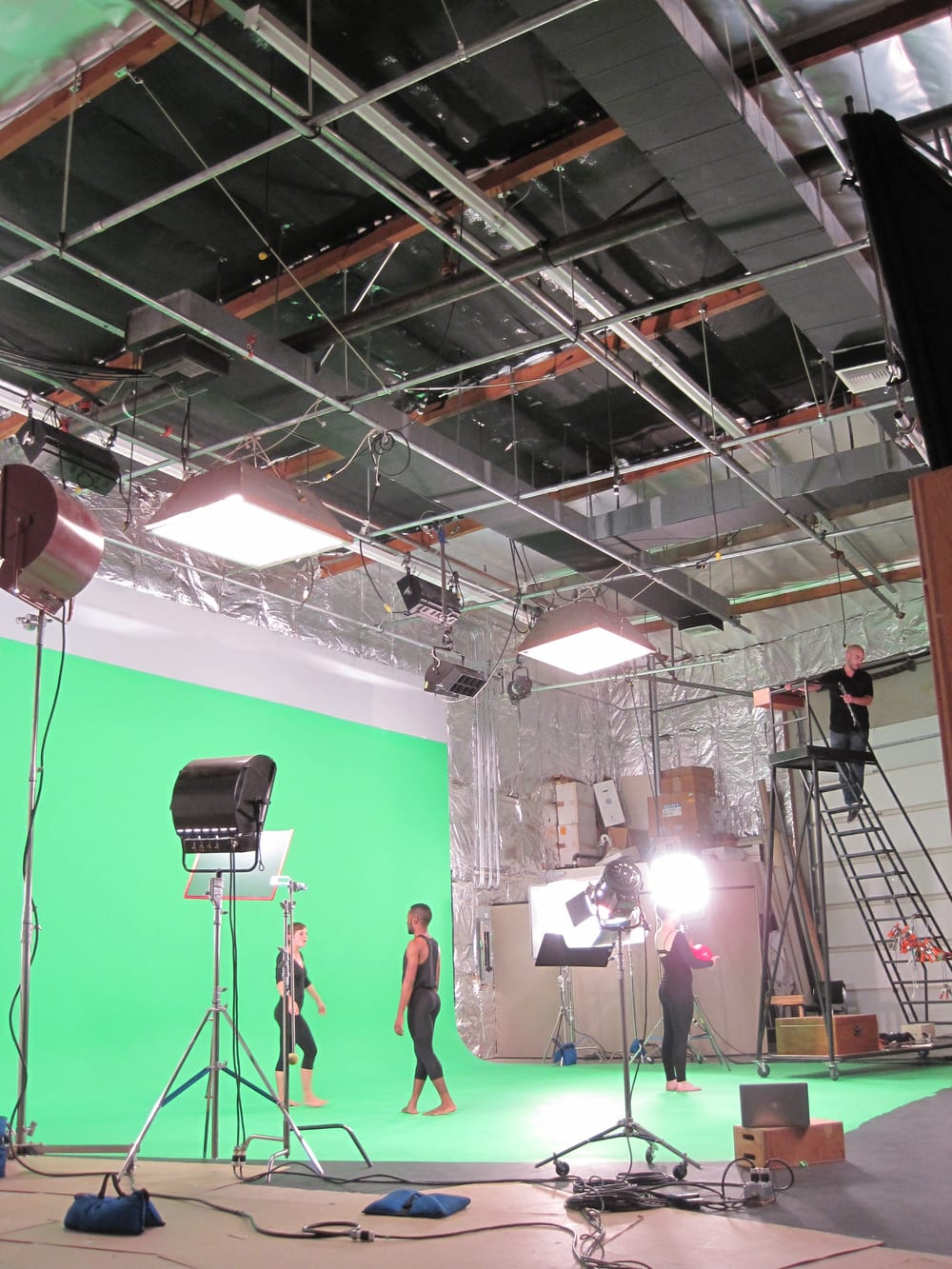 This camera outputs H.264 video compressions with 4:2:0 color space, which can sometimes make postproduction compositing tricky, as you substitute the green with some other background.  While there are many techniques to handling this compression format during the edit, like transcoding your footage beforehand, and using different filters to help maximize image quality, there is another very simple step you can take.

Depending on the orientation of your subject, and if your talent remains relatively stationary, you can increase the resolution of your subject simply by turning the camera 90 degrees. If your subject fills more of the frame vertically than they do horizontally, you’re capturing more 1s and 0s of the information you want – your subject, and fewer wasted chroma green pixels. If you were to shoot a largely vertical subject with horizontal framing, the first thing an editor will do, before pulling a key, will be to crop out a lot of unused green real estate to the left and right of your talent!  Shooting vertically will maximize the information you capture of your subject, and this will help you pull a superior key and overcome typical green-screen challenges, like maintaining clear details around the edge of your subject.  This can be especially true when keying the talent’s hair.

However, like many post-production shops, the shoddy release of the underpowered FCP X left us heartbroken, and it was time to say goodbye.

We still have a number of projects in various stages of completion in FCP 7, but when the chance came to work on a brand new edit with an extended delivery timeline, we jumped at it. Our initial impressions with Premiere are good ones, and in many ways it feels like FCP v8.

First off, it’s FAST.  It’s a modern, 64-bit program, which can efficiently access all the RAM and multiple computer cores you throw at it.  That, in tandem with the Mercury Playback Engine, means that we can do things like use Magic Bullet Looks on a clip and it plays back — in real time.  Another much-appreciated feature is the inclusion of FCP 7 keyboard shortcuts. Yes, FCP 7 keyboard shortcuts. This feature alone allowed us to start working IMMEDIATELY, which was awesome.  And if you happen to have an NVIDIA graphics card, you can easily play back multiple streams of 4K video, layered with effects.  Lastly, and this is huge, there is no transcoding in Premiere Pro of DSLR clips. 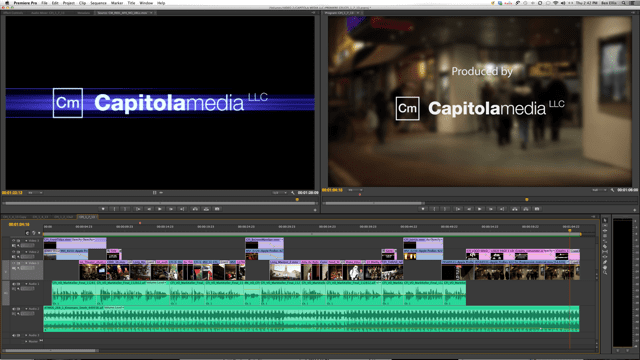 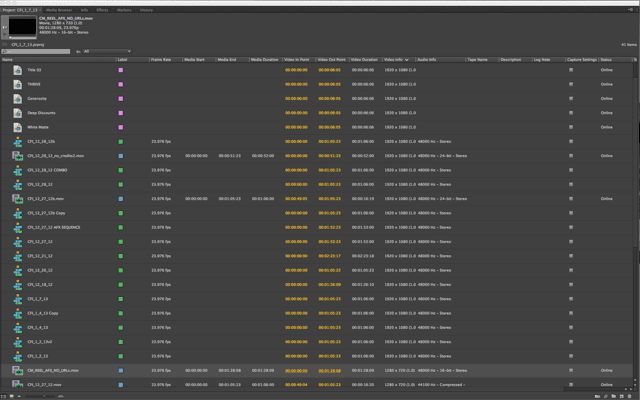 One of our favorite projects each year is staging and documenting the Wildlife Conservation Network’s annual event at the Mission Bay Center.  This foundation partners with independent, community-based conservationists around the globe and provides them with the capital and tools they need to develop solutions for human/wildlife coexistence.  This year featured 16 presentations by conservationists from around the world.  Each conservationist detailed their work and mission.  These are the real rock stars of our world. 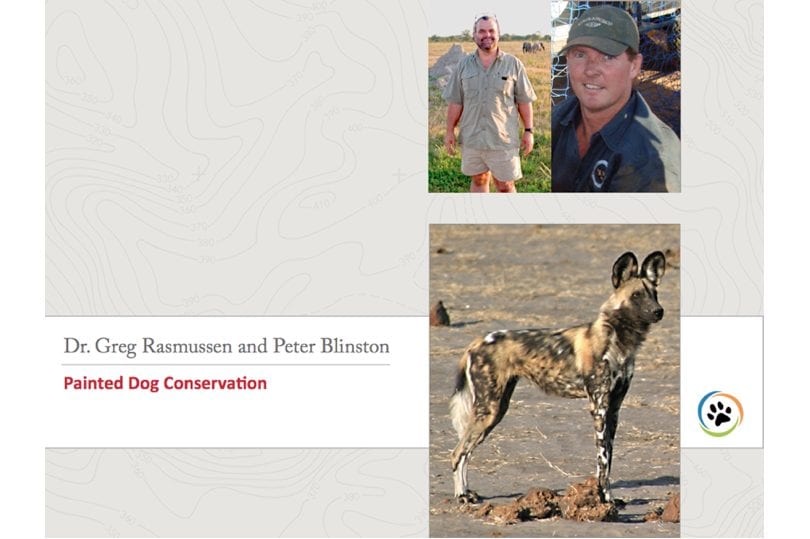 When editing with DSLR-generated video, it’s long been an essential first step of the post-production workflow to transcode the source footage to more non-linear-editor friendly Apple ProRes, or AVID DNX-HD formats. 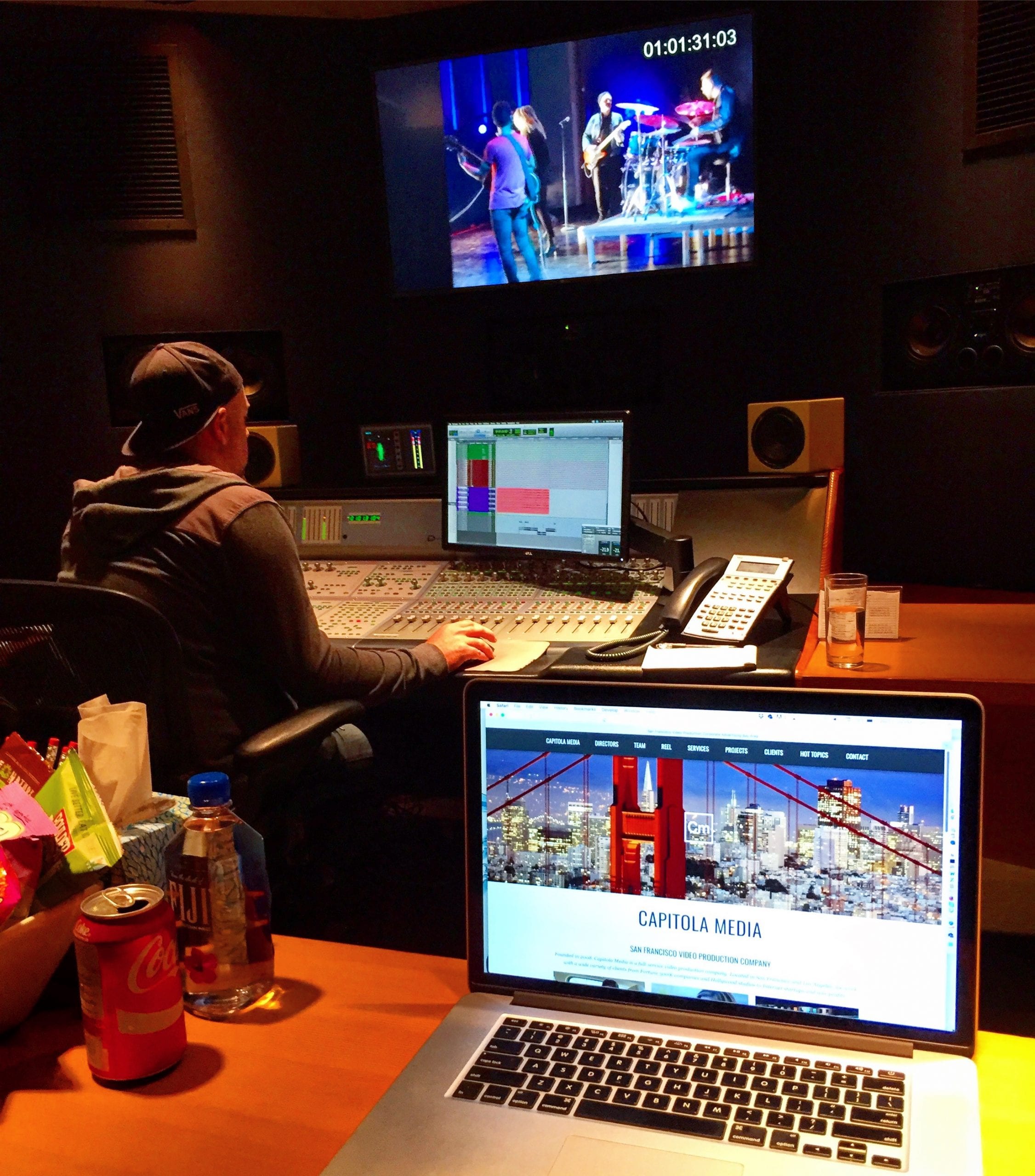 At Capitola Media, we often shoot with the Canon 5D MK III. The Mark III and most cameras like it, encode video to the H.264 codec. While beautiful to look at, H.264 is highly compressed and yields a color space of 4:2:0, and can fall apart with aggressive color grading, or when pulling a key from a green screen.

But the days of transcoding may be coming to an end. Earlier this year, Nikon released its D800 with uncompressed HD-SDI out. Suddenly the long coveted idea of recording to the “uncompressed box-of-your-choice” was a reality. Canon, long afraid of cannibalizing sales of its higher end cameras, felt the heat of competition, and this April will release a firmware update to enable “clean” HDMI out from the 5D MK III.

There’s been a long list of vendors waiting in the wings that make external boxes to record this type of data.  You’ll be able to pick from AJA, Blackmagic Design and ATOMOS among others.

The end result of all this? A smokin’ rig under $7,000 that stands to rival the venerable ARRI Alexa — a $90,000 digital cinema camera and a favorite among highend DPs. Talk about a game changer! All that, and the fact that the D800 and the 5D MK III have full-frame 35mm sensors, as opposed to the smaller Super-35 sized sensor on the Alexa.

For all of your Fortune 500 video production needs in Los Angeles or San Francisco, contact Capitola Media. 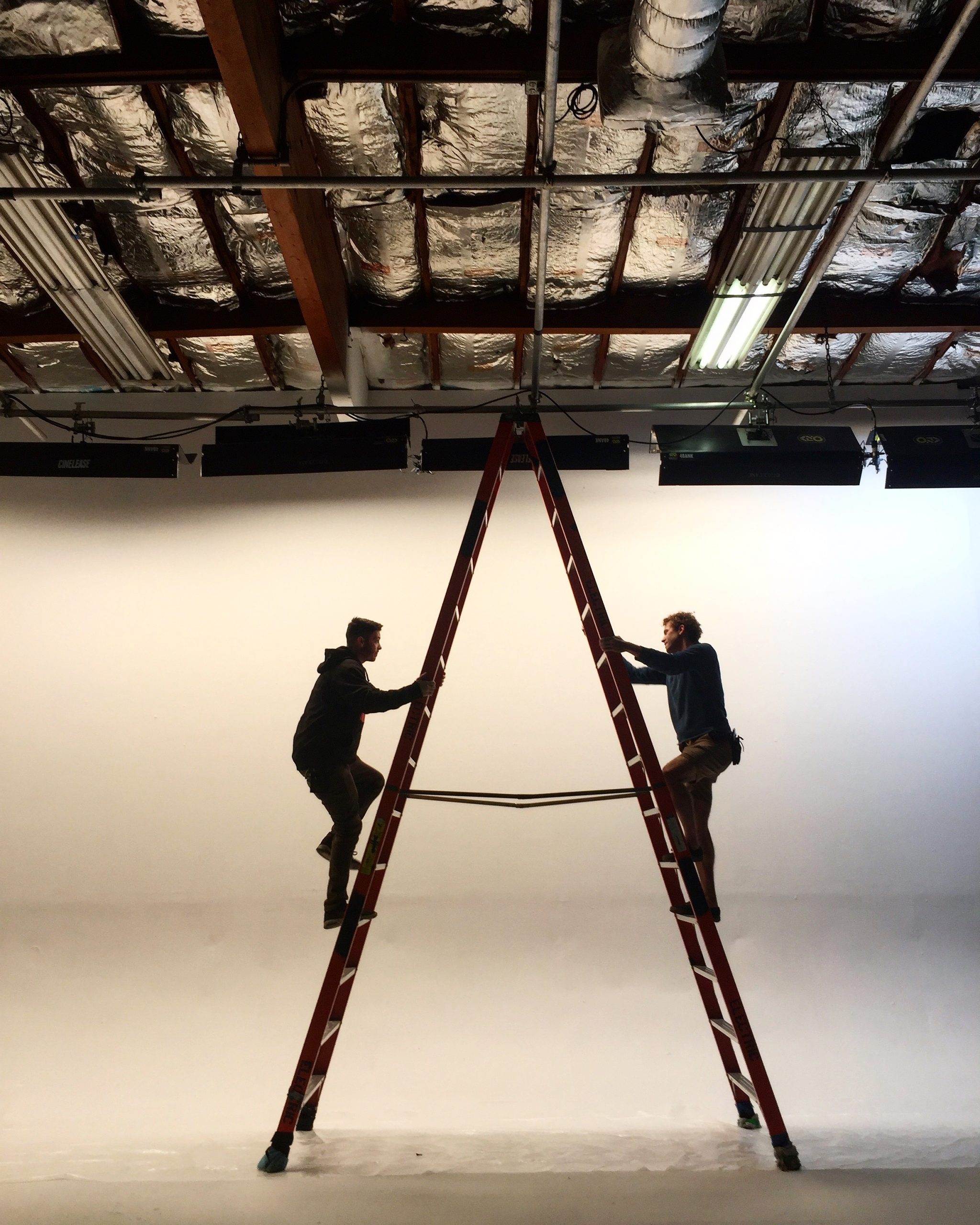 Bottom line, no matter what your business, you gotta be on YouTube.

We just wrapped and delivered a new video project for HP: 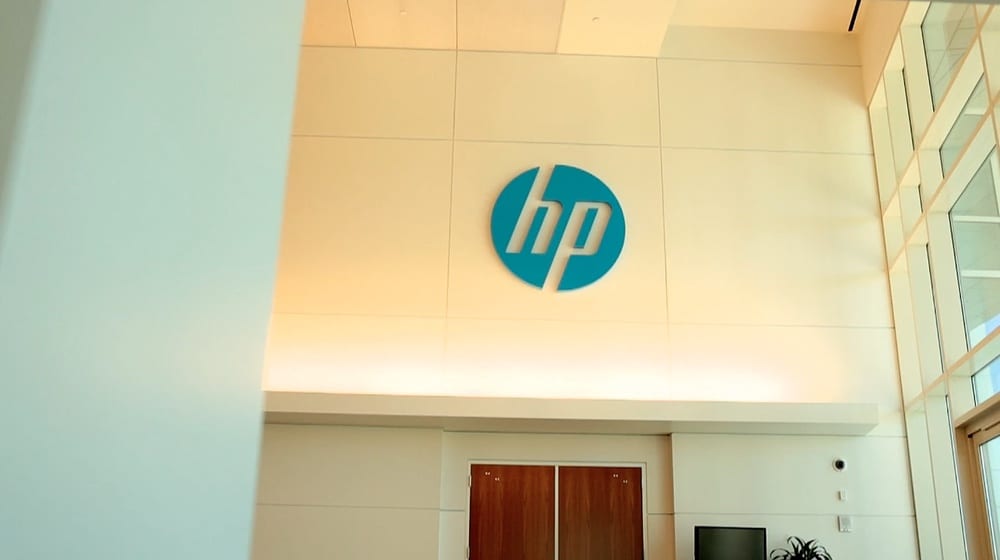 We shot over a series of several days in Lafayette, Portland and Berkeley.

Wikia.com hired us last week to do a live Webcast of a series of presenters and Keynote and Powerpoint presentations from their offices out to the Internet.  We used a lot of gear and a LOT of cables for this event:  TriCaster 455, Folsom Barco I-Pro Dual switcher, AJA Ki Pro, various wireless mics, and some *cool* LED lighting for the speakers.  With minimal troubleshooting, we were up and running on private “channel” on Livestream.com with a live video and audio feed. 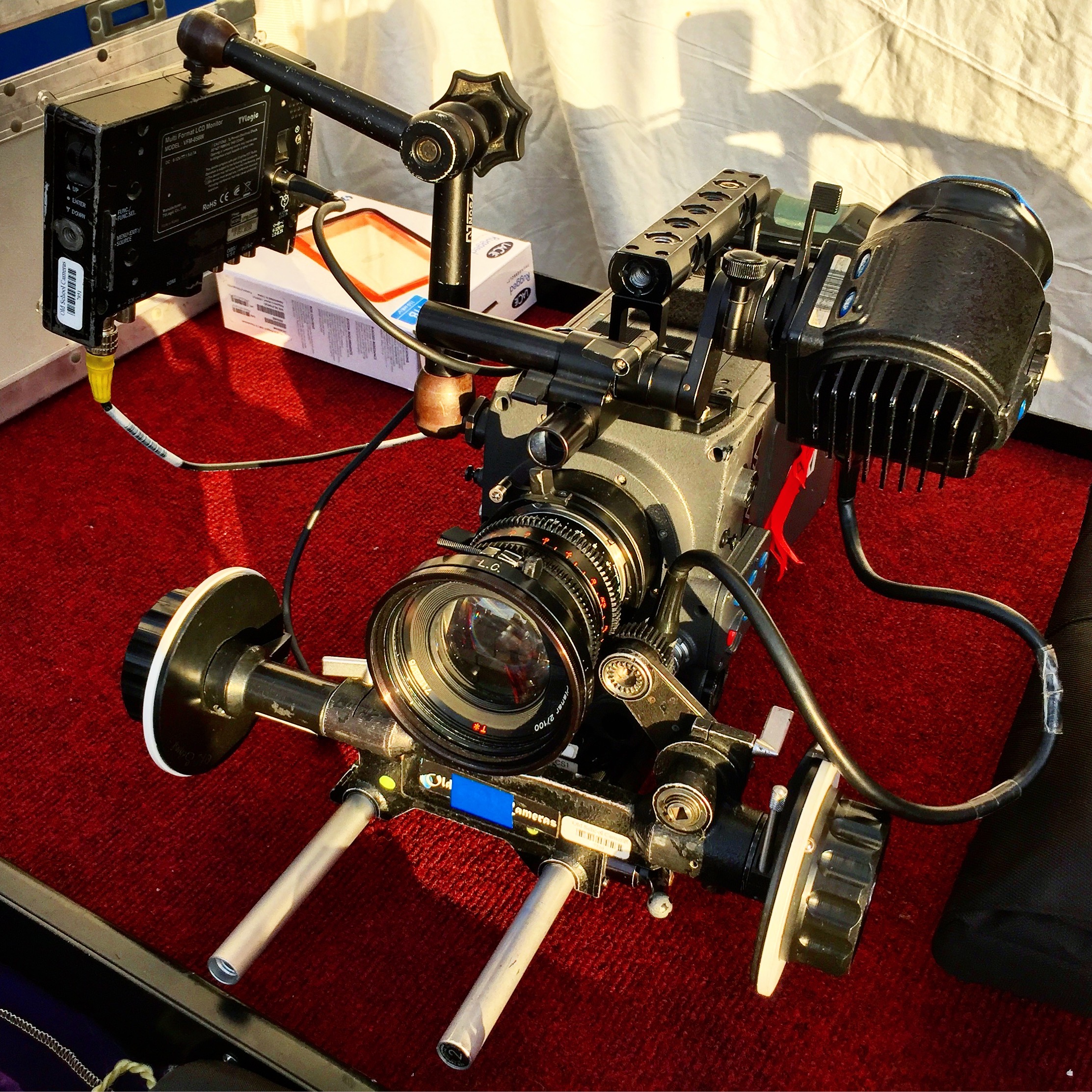 What’s more, multimedia content is one of the best-performing digital marketing strategies. In fact, research from Google found that almost 66% of consumers receive purchase ideas from videos.

However, creating the perfect video takes a special set of expertise and a specific set of steps. DesignRush researched the three key stages of video production and determined how businesses can ensure they are successful in those stages:

Video pre-production includes all of the tasks leading up to the shoot. This includes:

The key to successful pre-production is an organized and effective Line Producer. This person (or team of people) will take the lead in organizing all team members, acting as a project manager of sorts.

Production entails that actual creation of the video, whether that is physically filming something, designing the animations, or something else.

Producers are yet again instrumental in production – particularly for actual in-person shoots. They keep track of the tasks that need to be accomplished, coordinate team members, and ensure they day runs according to the schedule created in pre-production.

To that end, through their analysis, DesignRush selected Capitola Media LLC as one of their Top Video Production Companies Of 2019.

For all of your high-end video production needs in the San Francisco Bay Area, Los Angeles and New York City, contact Capitola Media.

Demonstrating a small step in our design process. 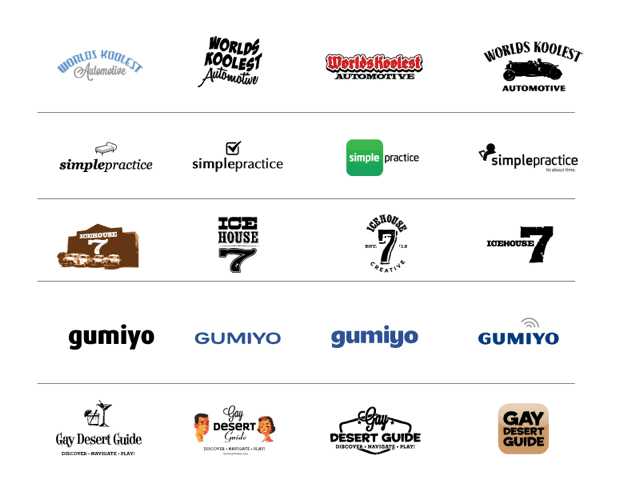