Shooting again for HP in Sunnyvale, California with our awesome crew as they manage a 3-camera setup. You can see in the right foreground our video village with three monitors being fed by three 4K HD cameras.  Our audio technician sits to the left as he check levels.  The client is on the phone in in the background.  A grip adjusts a light on the left.  Two stand-ins pretend to be our talent to allow us to set eye lines and audio levels.  We put neutral density (ND) filters on every pane of glass, so that we could balance the exterior lighting with the interior lighting.  The final deliverable looked awesome. 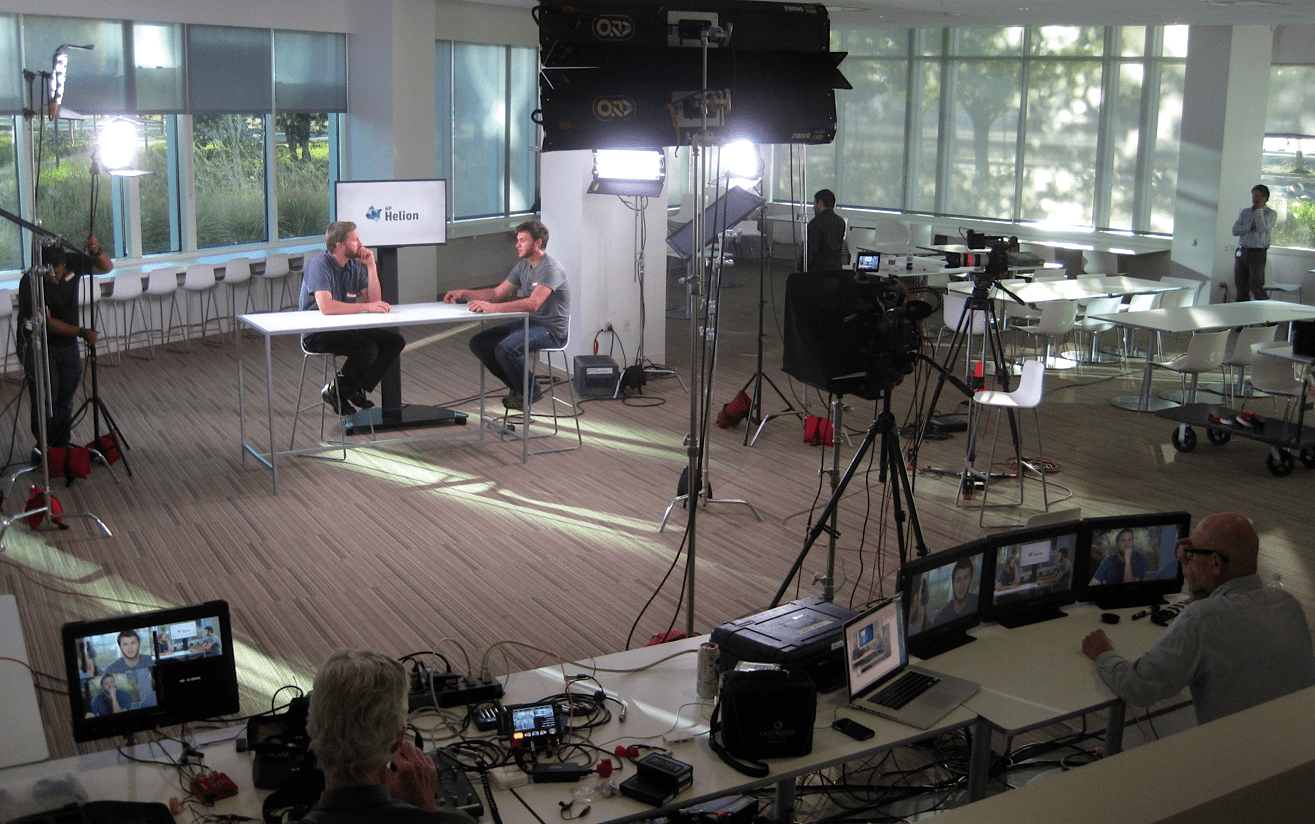 Capitola Media, in conjunction with a partner of ours in New York City, Penny Bridge, shot this week at Twitter’s headquarters in downtown San Francisco for the press announcement that Twitter and IBM would be teaming up to work together.  We interviewed Twitter’s CEO, Dick Costolo.

It was another BIG deal.

The agreement will help transform how businesses and institutions understand their customers, markets and trends – and inform every business decision. The alliance brings together Twitter data that distinctively represents the public pulse of the planet with IBM’s industry-leading cloud-based analytics, customer engagement platforms, and consulting services.

IBM plans to offer Twitter data as part of select cloud-based services, including IBM Watson Analytics, a new cognitive service in the palm of your hand that brings intuitive visualization and predictive capabilities to business users; and a cloud-based data refinery service that enables application developers to embed data services in applications. Entrepreneurs and software developers will also be able to integrate Twitter data into new cloud services they are building with IBM’s Watson Developer Cloud or IBM Bluemix platform-as-a-service.

IBM and Twitter will deliver a set of enterprise applications to help improve business decisions across industries and professions. The first joint solution will integrate Twitter data with IBM ExperienceOne customer engagement solutions, allowing sales, marketing, and customer service professionals to map sentiment and behavior to better engage and support their customers.

IBM Global Business Services professionals will have access to Twitter data to enrich consulting services for clients across business. Additionally, IBM and Twitter will collaborate to develop unique solutions for specific industries such as banking, consumer products, retail, and travel and transportation. The partnership will draw upon the skills of tens of thousands of IBM Global Business Services consultants and application professionals including consultants from the industry’s only integrated Strategy and Analytics practice, and IBM Interactive Experience, the world’s largest digital agency.

Contact Capitola Media for all of your mission-critical video production services in the San Francisco Bay Area. 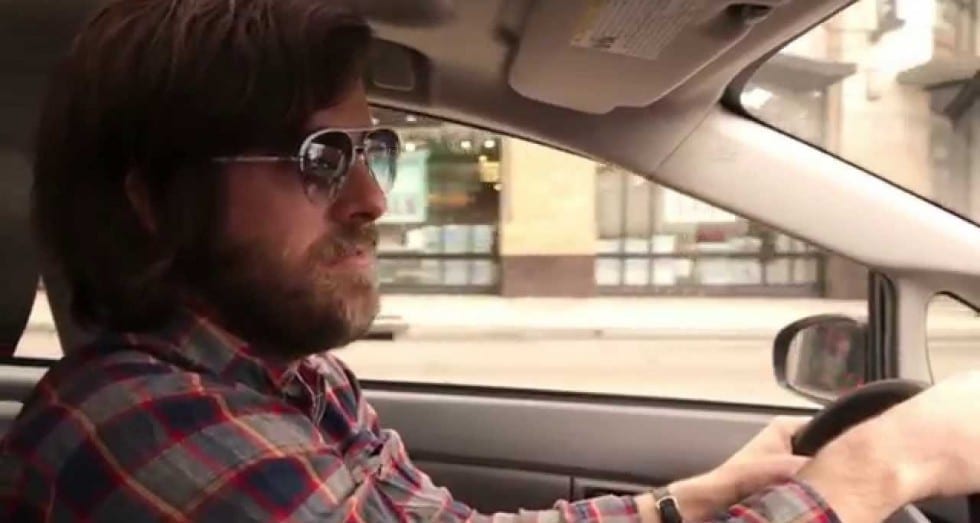 Fanswell connects artists with fans for quality shows beyond bars and clubs.

If you need video production services in San Francisco, give us a call!

For the 6th year in a row, we worked this past weekend putting together the complete audio / visual production and post-production services the the Wildlife Conservation Network’s annual event. 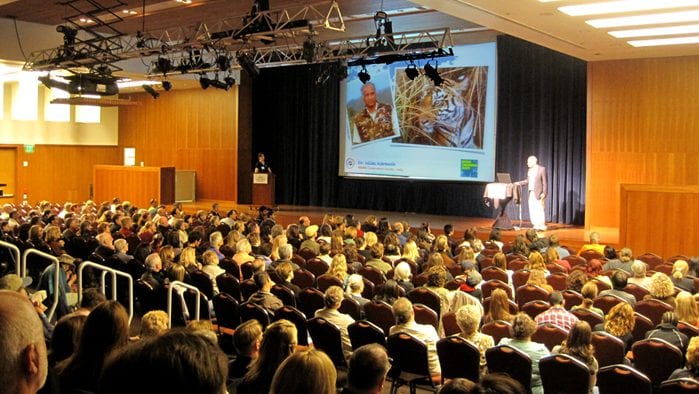 WCN saves endangered species in 24 countries around the world by supporting independent wildlife conservationists. This non-profit was built on the premise that one person can truly make a difference for wildlife. WCN’s mission is to protect endangered species and preserve their natural habitats by supporting entrepreneurial conservationists who pursue innovative strategies for people and wildlife to co-exist and thrive.

Two auditoriums, 26 conservationist presenters from around the globe, 1,000 attendees and a lot of animals. We love this weekend.

Contact Capitola Media for all of your event and video production needs in the San Francisco Bay Area and Los Angeles.

Shooting a 3-camera setup in Sunnyvale for HP. We began production on a series of informational videos for HP’s Cloud initiative dubbed Helion. 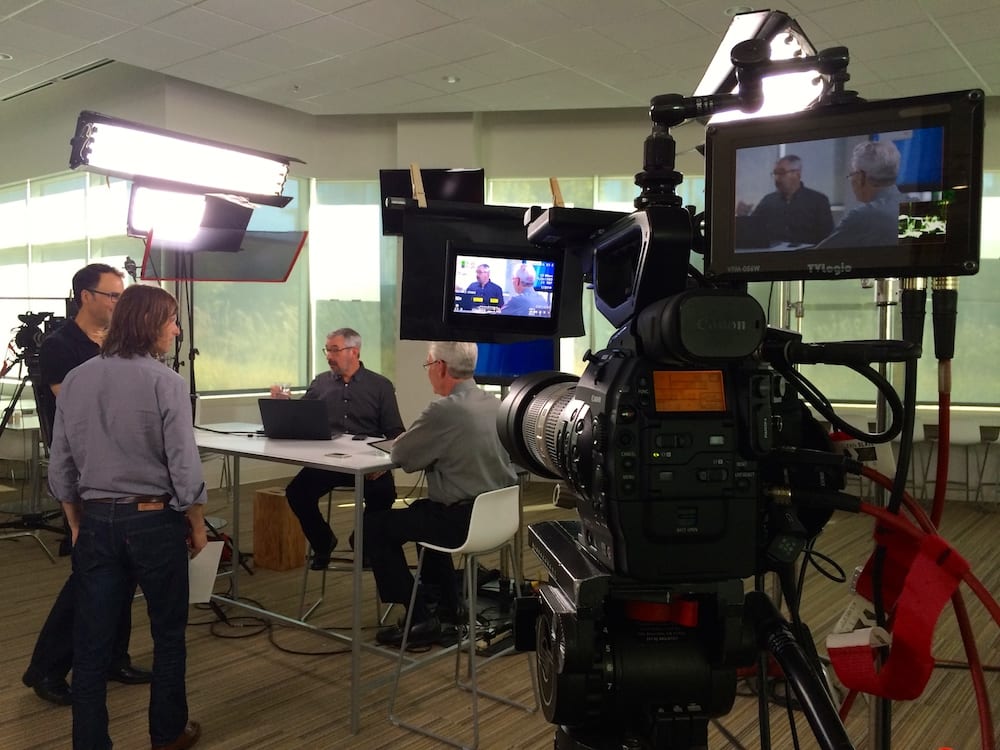 Capitola Media, in conjunction with a partner of ours in New York City, Penny Bridge, shot last week at the Apple campus for the press announcement that Apple and IBM would be teaming up to finally work together, not against each other. 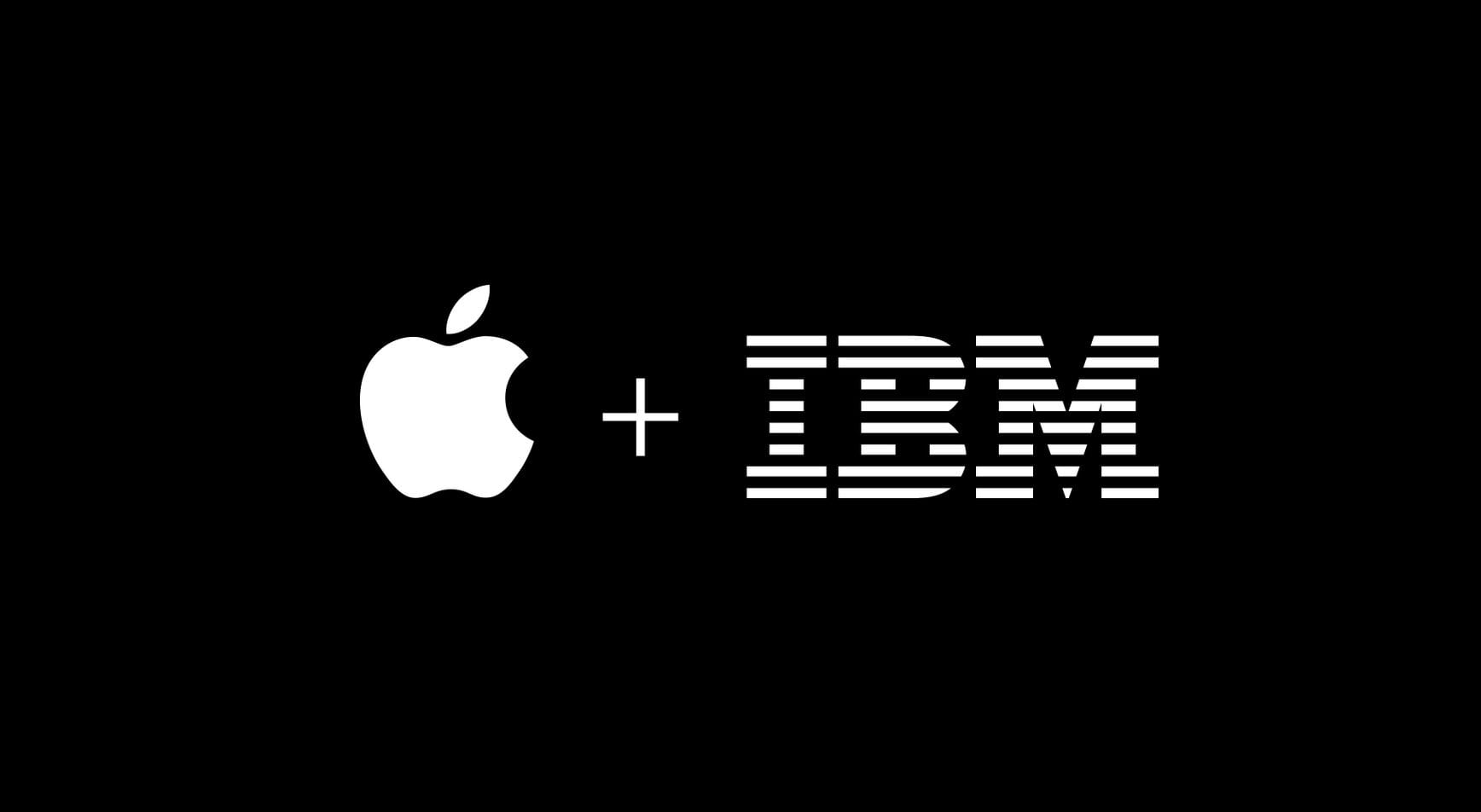 It was a BIG deal.

For years the two tech giants viewed each other as fierce competitors.  Steve Jobs famously posed for a portrait of himself under the IBM headquarters logo with his middle finger raised.

But lately, the two companies have really staked out different portions of the tech pie.  IBM has targeted large corporations with enterprise applications, and Apple has been laser focused on the consumer.  But the success of the iPad and iPhone platforms in the business world has taken many companies by surprise. IBM has noticed and is now going to work with Apple cooperatively.  The two companies announced plans to codevelop new iOS apps and jointly sell and support iPhones and iPads to their enterprise customers.  IBM recognizes they cannot win the device war, and Apple realizes they can expand their corporate client opportunities by partnering with a powerhouse like IBM.

At the Apple campus, we shot on two Cannon C-300s, recoding ProRes 422 directly to PIX 240i boxes.  (Sorry, we can’t share the resulting video.)

Video for P&G and Disney

We’re currently post producing a project we shot for P&G.  Script, live action, motion graphics.  Stand by for the link to the live video. 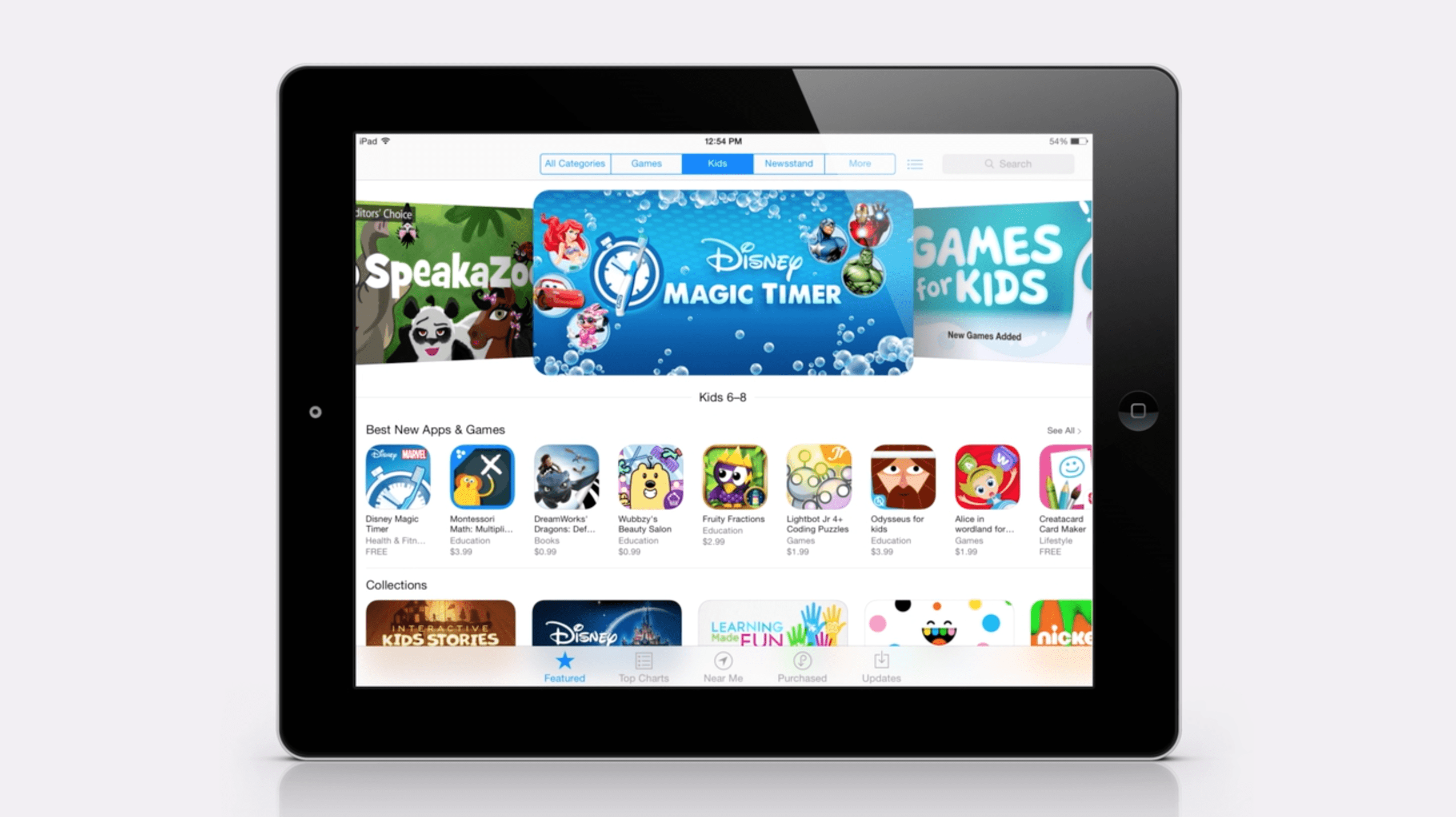 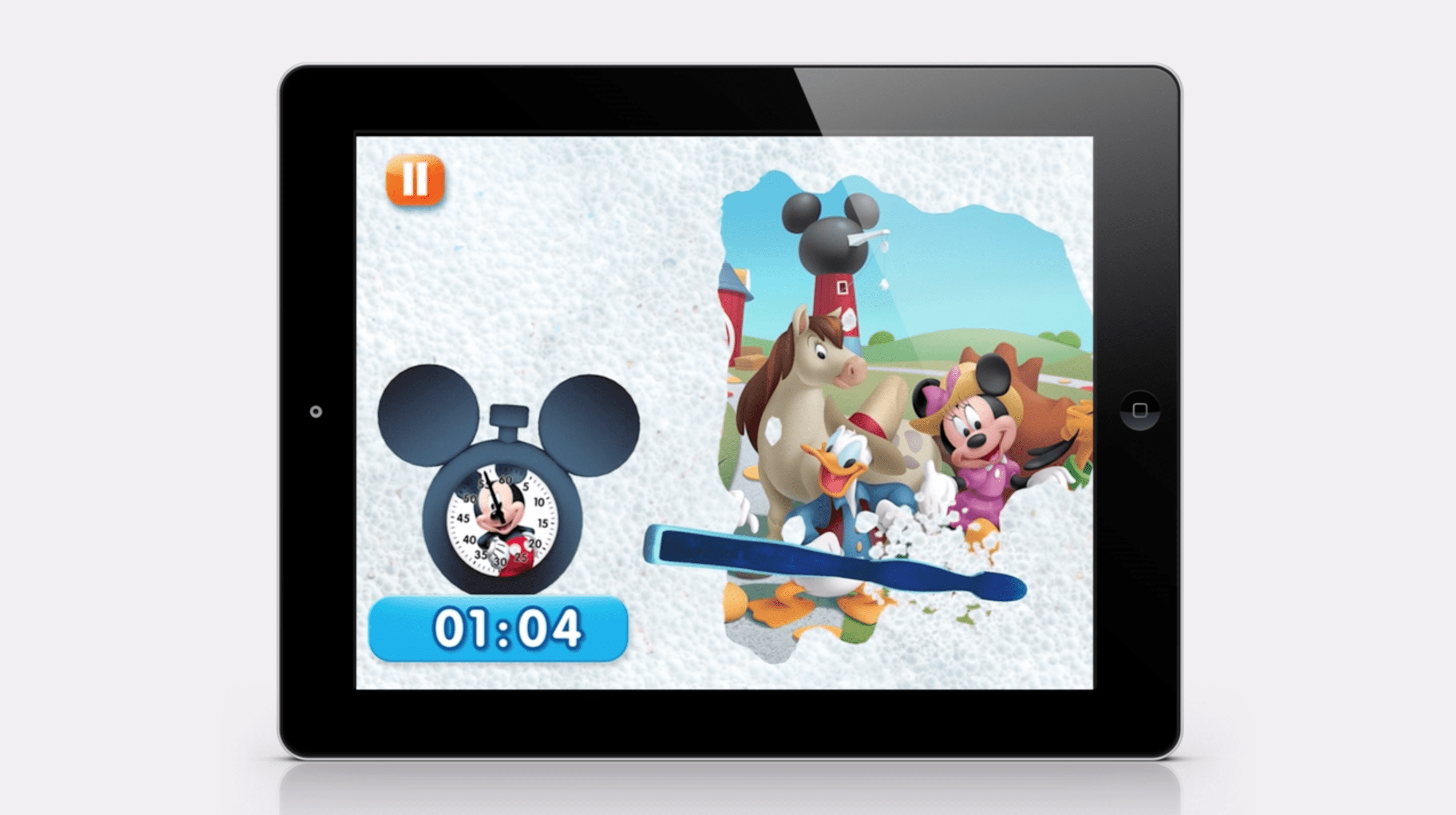 For all of your video product demo needs, Capitola Media.

One of our many clients is featuring our work on their video page as a gold standard for production. We shot this in HP’s Enterprise Security Lab in San Diego:

Fanswell is a new application devoted to helping bands connect with fans by facilitating “house” shows.  We shot in several fabu locations in Los Angeles and Los Feliz. Here’s a frame grabs from one of the bands that “played” that evening. 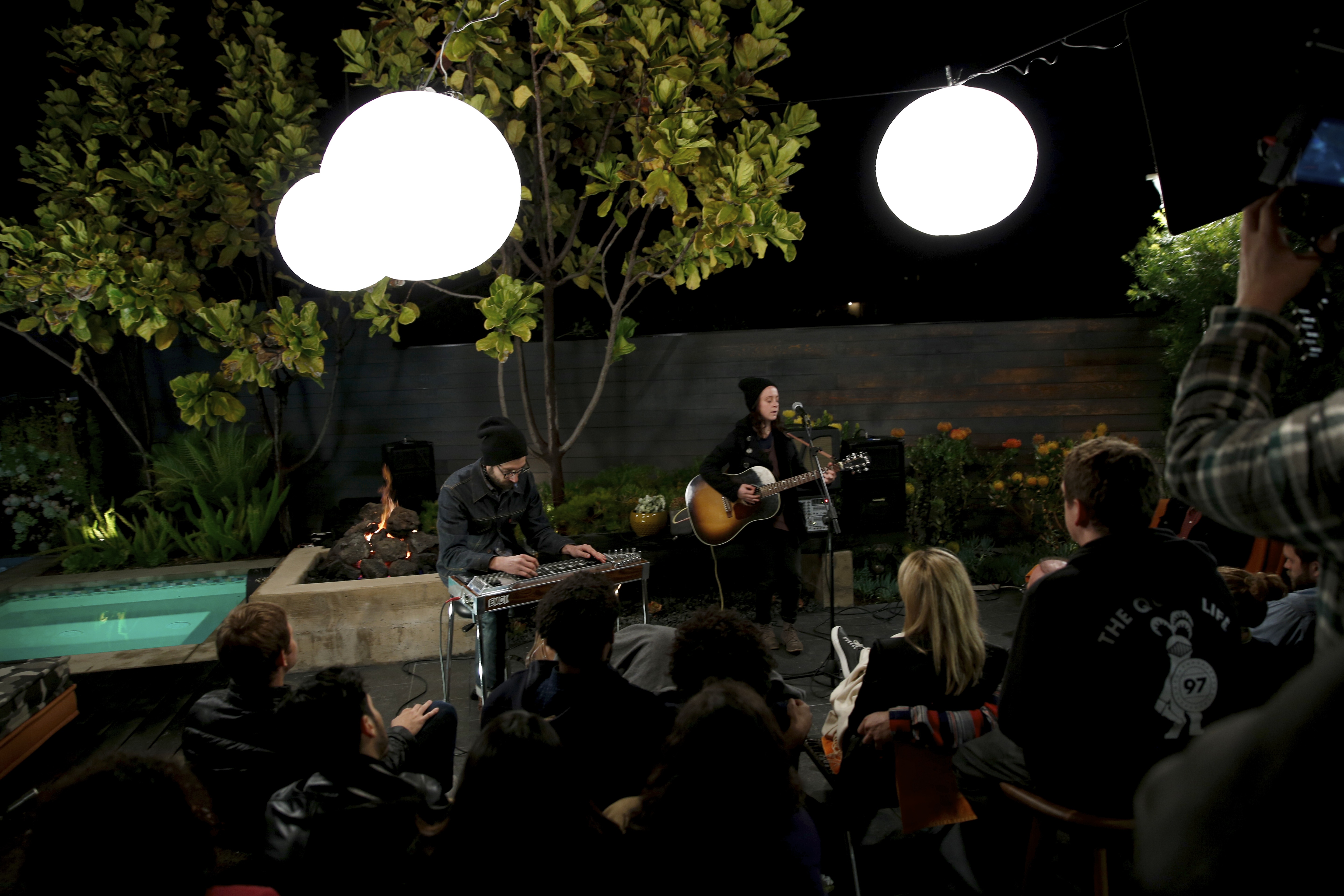 Lighting for a “white-world” studio shoot. Pictured here are the Director and Talent as the Camera Department checks for “critical focus,” framing and exposure, and to make sure the boom mic is not in the shot. 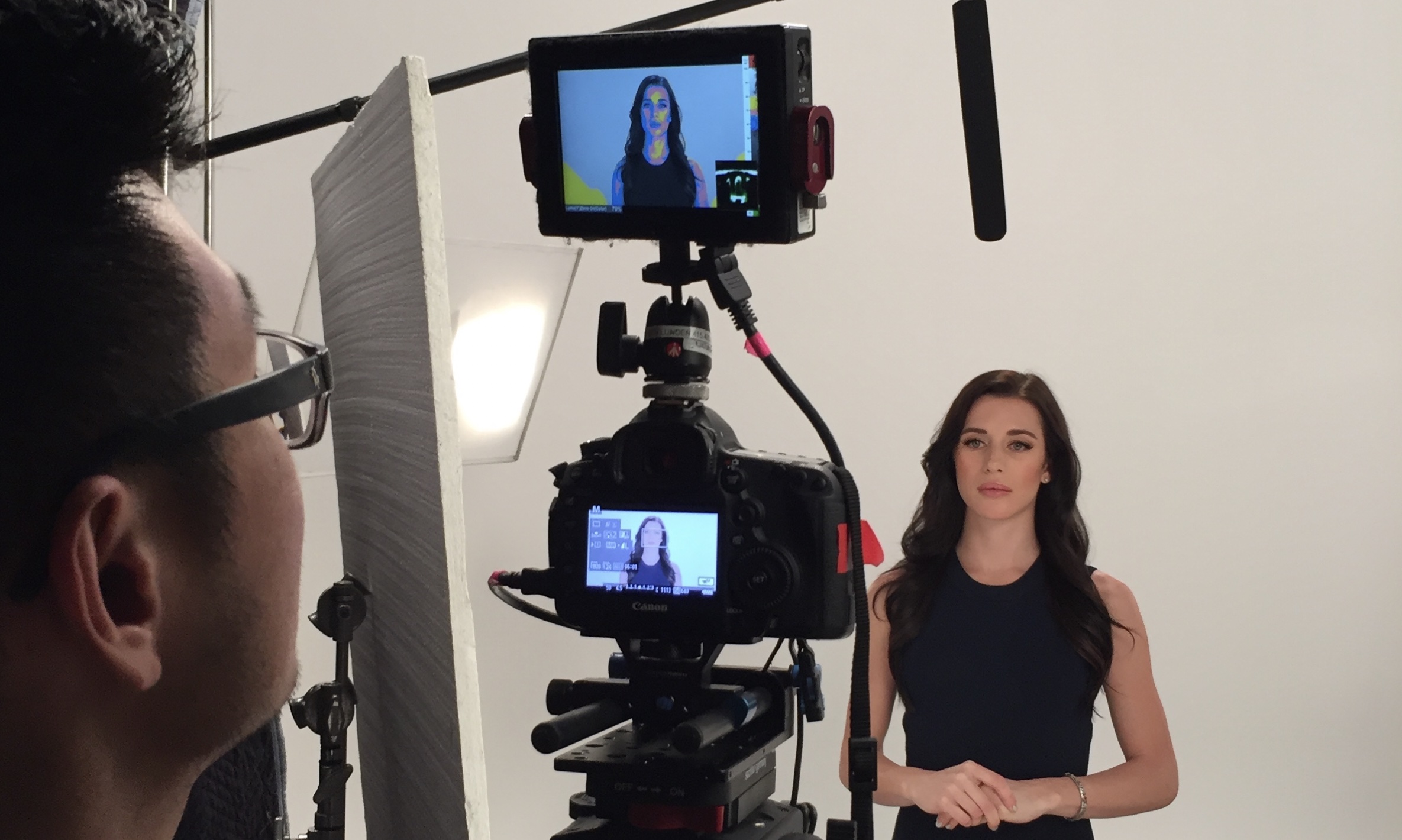 Capitola Media, for all of your video creative and video production needs.

We help the WCN produce this awesome event every year.  Here is a frame from the keynote speech: 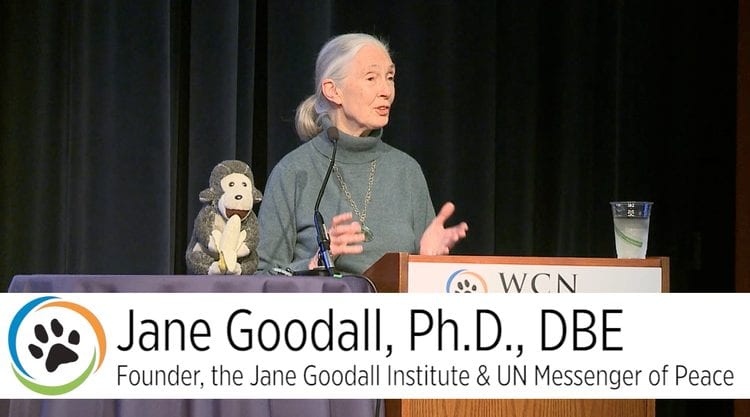 Working with OpenTV in San Francisco, we recently wrapped production and post production on this video and motion graphics project.  OpenTV, a division of The Kudelski Group, designs and manufactures set top boxes for the global market. 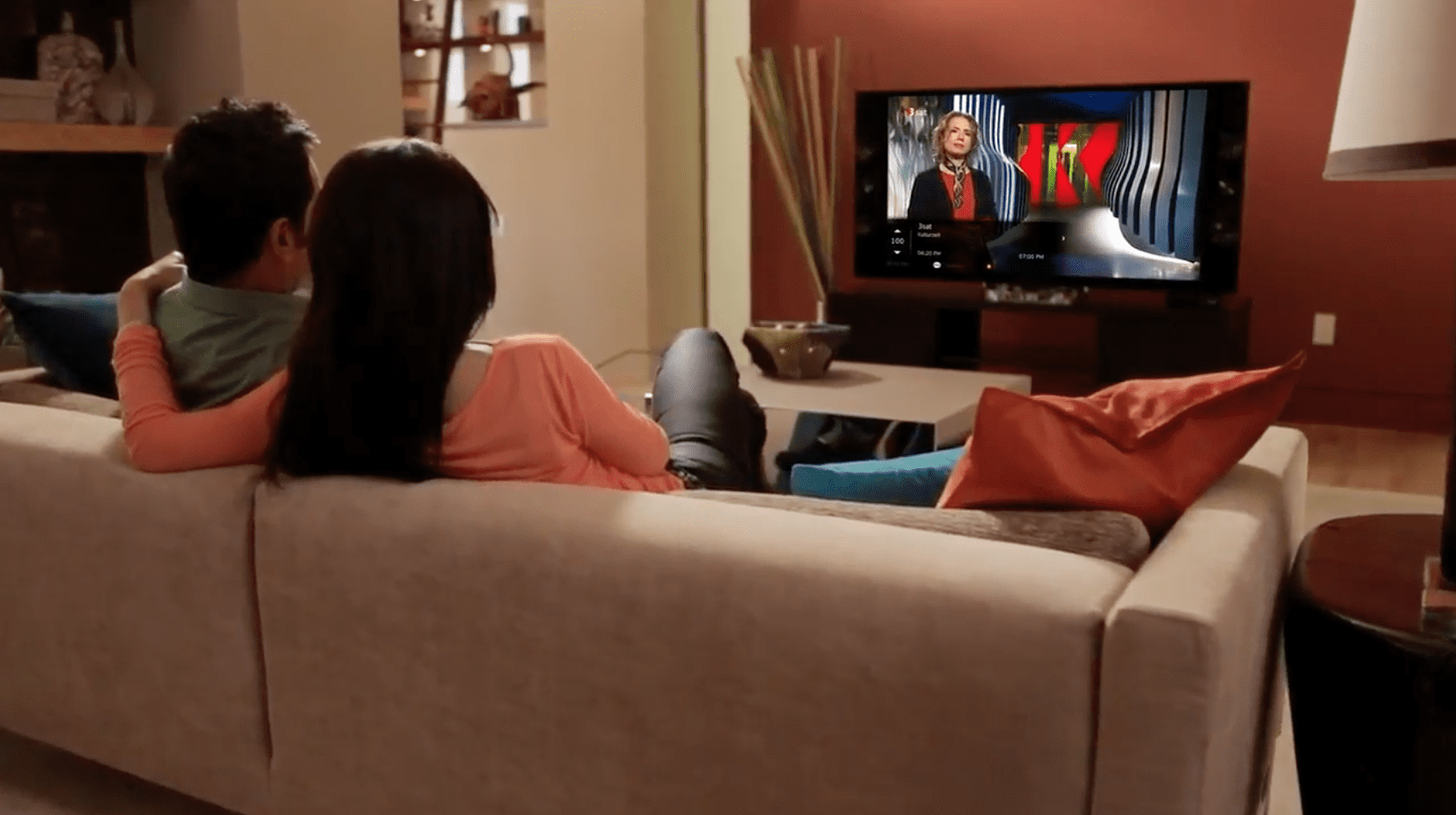 For all of your high-end, product demo, video production needs, contact Capitola Media. 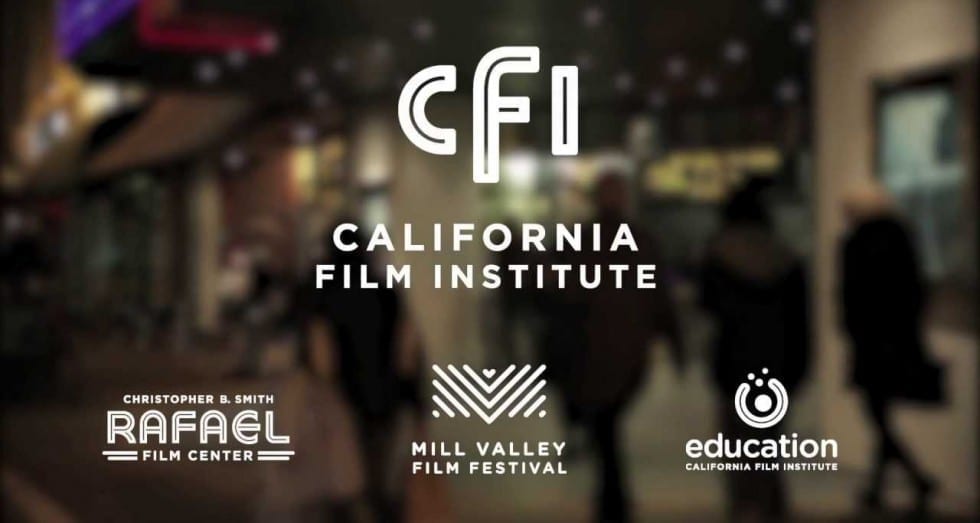 This was a very cool project to have worked on for the California Film Institute.  We had exclusive access to years worth of great footage and stills from memorable screenings, interviews and film festivals.  Be sure to click on the image for the video.  You can also view this video projected, yes, projected, at the Rafael Theatre in downtown San Rafael: 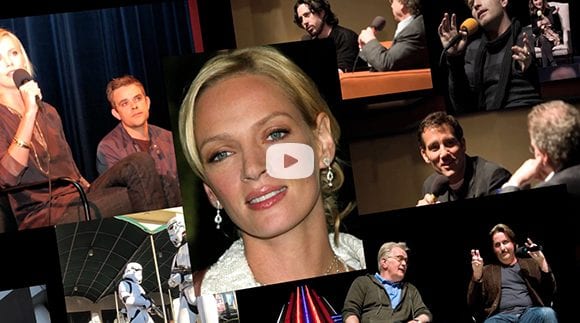 Capitola Media produced a new video for HP’s Small Business Networking Division. This group at HP focuses on business solutions for the small businesses that are just launching, as well as more established firms that need easy-to-implement IT solutions. 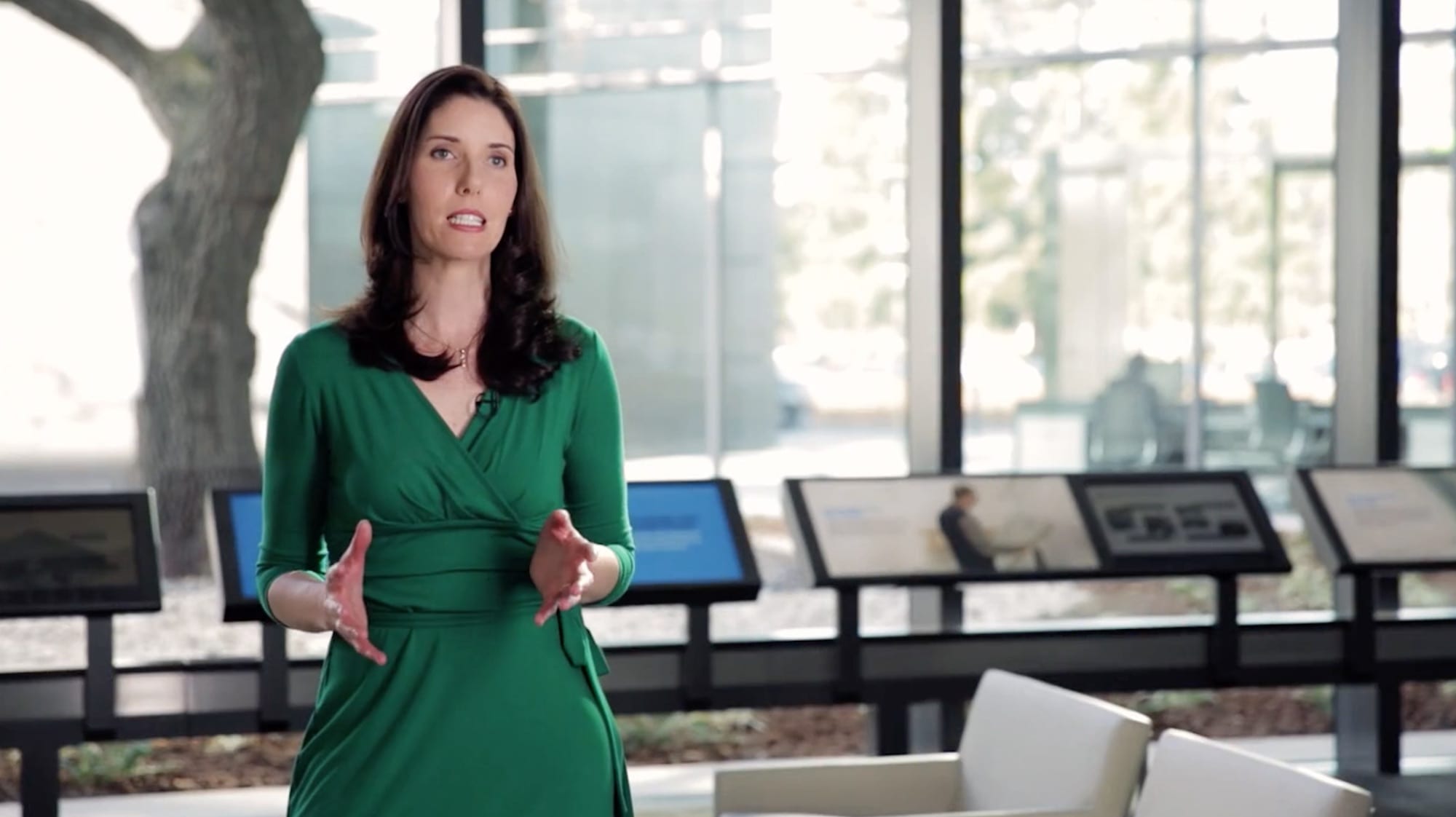 For small businesses with fewer than 100 employees, HP helps take the birth of an idea to opening day and beyond, configuring the technology options business needs to compete. HP offers a wide array of products and services called Just Right IT, the perfect package for getting new businesses off the ground.

At each stage of business maturity, reliable IT products and solutions are essential for success. With HP Just Right IT, companies can select from end-to-end technology, including servers, storage, networking, server options, and services, which deliver the affordable value required for: Plug-and-play products backed by industry-leading services, products that work together efficiently and easily, and infrastructure that scales with a business as it delivers exceptional performance and price.

Working with the Wildlife Conservation Network, Capitola Media produced the live event and complete video production and post production services for their annual event in San Francisco in October.

National Geographic featured Douglas-Hamilton in their article on the challenges elephants face around the world. 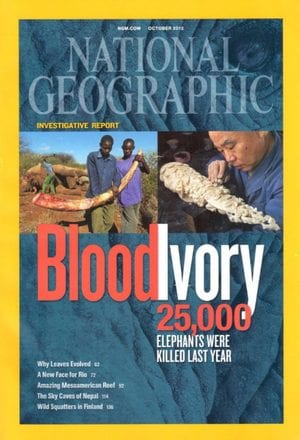 For all of your live-event video production in San Francisco, contact Capitola Media.

We produced a rocking multi-camera project for IGN, a division of Fox Interactive Media.  The live event was produced by IGN and sponsored by Jack Links.  IGN editors played against each other in a Dance Dance Revolution battle royale.  Three cameras, plus real-time HD game capture made for some fun editorial.

It was hot and crowded at the 21st Amendment in South Park, San Francisco. 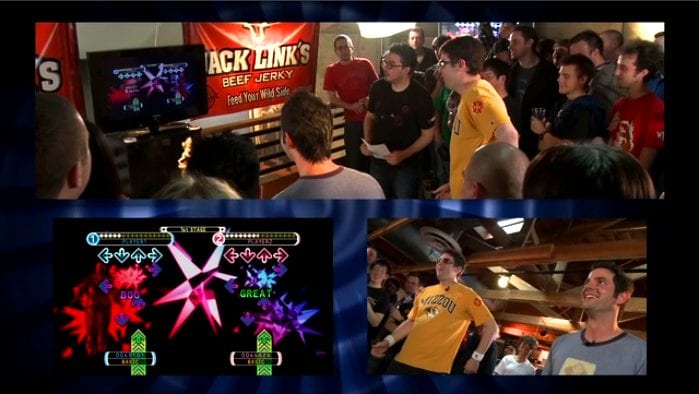